Skip to content
We both worked at AIG at the time Benmosche was CEO.  This tells the story of how he paid America back.  Virtually NO ONE thought AIG would ever be able to pay taxpayers back the $182 billion the company borrowed from the government.  But he did and with a $22 billion profit. 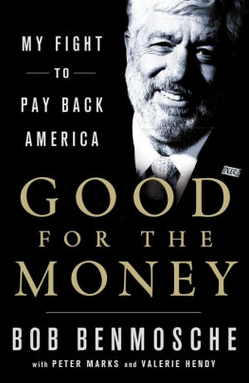 Good for the Money: My Fight to Pay Back America by Bob Benmosche

In 2009, at the peak of the financial crisis, AIG – the American insurance behemoth – was sinking fast. It was the peg upon which the nation hung its ire and resentment during the financial crisis: the pinnacle of Wall Street arrogance and greed. When Bob Benmosche climbed aboard as CEO, it was widely assumed that he would go down with his ship. In mere months, he turned things around, pulling AIG from the brink of financial collapse and restoring its profitability. Before three years were up, AIG had fully repaid its staggering debt to the U.S. government – with interest.

Good for the Money is an unyielding leader’s memoir of a career spent fixing companies through thoughtful, unconventional strategy. With his brash, no-holds-barred approach to the job, Benmosche restored AIG’s employee morale and good name. His is a story of perseverance, told with refreshing irreverence in unpretentious terms.

Called “an American hero” by Andrew Ross Sorkin, author of Too Big to Fail, Benmosche was a self-made man who never forgot what life is like for the nation’s 99-percent; again and again, he pushed back against obstinate colleagues to salvage American jobs and industry. Good for the Money affords you a front-row seat for Benmosche’s heated battles with major players from Geithner to Obama to Cuomo, and offers incomparable lessons in leadership from the legendary CEO who changed the way Wall Street does business.